Smokers are Not stupid!
In fact smokers are very resourceful!

Consider this; a smoker can be very resourceful, they will always find their smoke.

If they do not already have the funds reserved in their budget, however small, they will find them. Smokers will always find a way to have a cigarette,  as the saying goes ‘beg, borrow or steal’.

Being resourceful is a skill; and not everyone has it.

Some give up on going after what they want, because it is too hard or too much effort. A smoker has the tenacity to find a way.

So imagine what would be possible if you applied the same amount of resourcefulness to other desires and dreams that you may have. Wow, the possibilities are limitless.

People smoke for years and years and then suddenly give up. It wouldn’t be because they had just realised that it was unhealthy or that they would have more money. Something changed for them. Something gave them a reason, a real purpose. Something that means a lot to them.

So, don’t insult their intelligence and use these points as benefits of giving up… Trust me, they know – they just don’t care!! 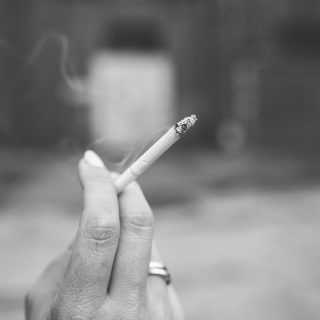 What would have to happen to make you Quit?

Sometimes it takes something as serious as our health suffering to wake up and realise that enough is enough.  Often the damage has been done and by giving up will help or improve our well being. It doesn’t necessarily have to be our own health it could be that of a loved one that makes it all seem real.

Being pregnant can give women a meaningful reason to give up smoking, to protect their unborn child. Often when children come along we rethink how we look after ourselves as we want to be healthy, both for them and us. We want to be a good role model for our children, we know the dangers of smoking really and would not want them to copy this habit. It is now an acknowledged fact that secondary smoking will effect all those surrounded by smoke, including pets.

Giving up on your own is not easy at the best of times, especially if your partner is still smoking. It helps to remove the temptation if you are not surrounded by another smoker. Together you are able to encourage and support each other.

Although smoking can appear ‘cool’ to a younger generation, the older smoker is wising up. Over the years it has become more and more difficult to smoke socially, as it is prohibited in all public buildings and places of work.

It is now considered to be anti-social to be a smoker. As friends join the non-smoking community, there is more pressure to give up, as you alienate yourself in social situations. It is not much fun standing outside in the cold and rain on your own having a cigarette, while your peers are inside socialising without you.

Perhaps the prospect of finding a new partner would make some consider how it would be for them to snog an ashtray? How long and how many Mentos or Polos would you need before seeing them in order to mask the smell?

As the Government increase the tax on cigarettes some would consider giving up as matter of principle, it is a huge chunk of money that could be spent elsewhere. However, in my opinion, I would not consider that people would find this a good enough reason on its own.  I still believe that lack of own funds would not deter a smoking habit for someone that wants to smoke, this would be more of a secondary reason.